The pullup is a closed kinetic chain calisthenic upperbody exercise that works the Latissimus Dorsi and biceps muscles primarily, as well as several other muscles, such as the midsection. It is considered the gold standard for working the back (for bodyweight). The pullup utilizes a pronated, or overhand, grip, as opposed to the chinup which is similar in nature but utilizes a supinated (underhand) grip.

While it is unclear as to the exact origins of this exercise, known variations have been probably in existence for centuries.[citation needed]

Pull-ups primarily target the Latissimus Dorsi muscle group in the back, though many other muscles are involved in the movement. These assisting muscles include the Brachialis, Brachioradialis, Biceps Brachii, Teres Major, Deltoid muscle, Infraspinatus, Teres Minor, Rhomboids, Levator Scapulae, Trapezius Lower, Trapezius Middle, and Pectoralis Minor. [2]

Since multiple joints are utilized, pull-ups are known as a compound exercise. 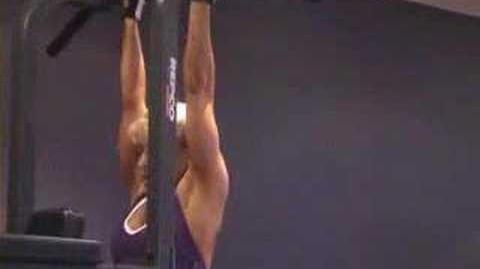 Chin-ups by Vicki Hadfield at Valkyrie Challenge
Pullups done with a supinated grip, where the hands face towards you, are called Chinups. 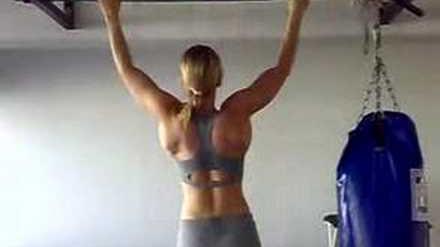 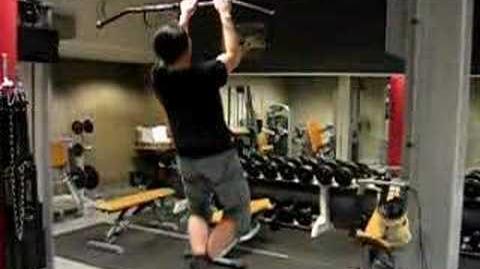 Girl doing 16 pullups (properly)
For close-grip pullups, the hands are brought together in the center and are placed right next to each other; sometimes the hands even touch each other. 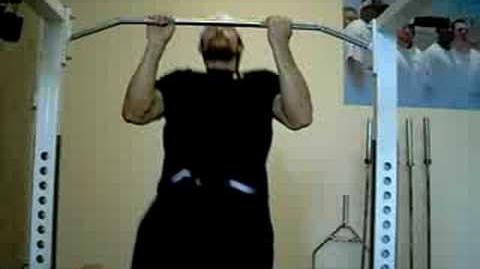 Mixed grip pull up
For these pullups, rather than having both hands in an overhand grip, the hands are placed with one being overhand and the other being underhand.

CrossFit Kipping Pull ups Clapping pull ups butterfly kip
Kipping Pullups are a variation of the pullup that utilizes the entire body to facilitate the movement, rather than performing them as strictly as possible. A plyometric pullup--one that seeks to increase power--is done by exploding from the bottom of the movement as hard as possible with enough force to perform a clap at the top. 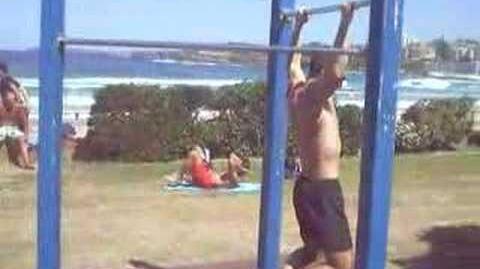 Kevin 3 x one arm chin ups @ 65 kg pull up marcusbondi
Almost considered a badge of honor is the single-armed pullup, due to the amount of difficulty in performing them.

Community content is available under CC-BY-SA unless otherwise noted.
Advertisement