Mental rehearsal, is defined as "the cognitive rehearsal of a task in the absence of overt physical movement." [1] Mental practice also has been given a variety of descriptive labels, to include mental rehearsal, implicit practice, imagery, and covert rehearsal.[2] Several studies have demonstrated that mental rehearsal can improve psychomotor and sport performance. While in many instances, performance can be enhanced with a combination of mental and physical rehearsal, physical practice was shown to be more effective than mental practice alone, with mental practice also being superior to no practice at all.[1] It is also possible that a different form of mental preparation is appropriate for strength activities as opposed to different movements such as those that require fine skills of less than maximum amplitude. This suggests that it would be beneficial to differentiate between varying forms of mental practice according to appropriateness for particular purposes and activities, as opposed to the generalization of the mental imagery process.[2] For example, two types of mental preparation - skill learning and performance preparation - involve disparate processes and are employed for distinguishably different purposes, yet, most sports psychology literature generally doesn't separate the two.[2]

In general, imagery is visualization; it could entail anything from visualization of victory, execution of a particular skill, to motivational techniques specific to the individual. Imagery is a process by which sensory information is represented in working memory. Imagery produces physiological effects that mirror perceptual processes including muscular reactions, heart rate, and galvanic skin response.[3] The two most popular theories that attempt to explain why athletic performance is improved by imagery are the neuromuscular theory and the cognitive model.[3]

For skill development, the focus of mental rehearsal should be upon the growth and mastery of skill elements or adapting a skill to specific circumstances.[2]

For performance preparation, the focus of mental rehearsal should be on factors that can enhance performance, such as motivation or activation.[2]

The neuromuscular theory posits that imagery can excite the same neuromuscular pattern associated with performing a particular skill, but without accumulating fatigue. Without fatigue, athletes can practice skills for longer durations.[3]

The cognitive model suggests that physical practice leads to the development of physical nodes. By establishing a replicate mental node and using imagery to strengthen it, the associated physical node will also be strengthened.[3] 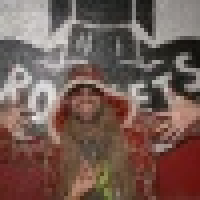